The members of the group have all had a broad range of professional experience, which ranges from opera, ballet, orchestral, show bands, chamber music, solos and broadcasting. This has all been brought together in the performances that Double Duos and Double Duos + bring to their audiences. 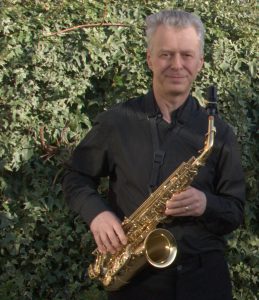 After a very brief exposure to the life of the professional musician Alan decided that there must be a less stressful way of earning a living.

After a tortuous journey through sales and insurance he did eventually manage to land a decent job as Assistant Pension Manager for a multi-national company. This recently came to an end after 18 years with the same company.

Alan is now devoting more time to his musical interests. He plays alto saxophone with the Alfred & Salamanda Saxophone Quartet and clarinet with several London based orchestras and ensembles on a regular basis.

Michael Withers trained privately in violin and clarinet, but soon also found an abiding interest in the saxophone as well. As a result he has played in (and led) many orchestras, bands and ensembles, with experience in both concert halls and theatre pits.

When not playing his instruments, Michael is an accomplished conductor with a love of opera (currently working with Heber Opera in Sussex as well as the Band of the Surrey Yeomanry) and has prepared a number of orchestral reductions of opera scores to make opera available to chamber ensembles. 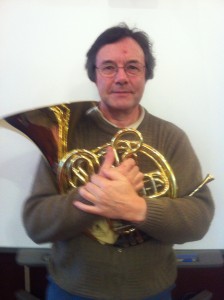 While a Junior Exhibitioner at the London College of Music, Trevor Denyer studied Horn privately with Denzil Floyd (BBC Symphony Orchestra) before joining the Royal College of Music to study with Douglas Moore.

Having left the RCM as a married man (and still married to Susan Denyer – a Double Bass player), he worked with the Royal Ballet Touring Company, D’Oyle-Carte Opera Company, the Allegro Ensemble (Wind Octet) and a number of freelance orchestras including The Southwark Concert Orchestra – with whom he took part in a number of foreign tours which included several TV and radio broadcasts. He has performed concertos and chamber music with a variety of artists/orchestras, both in Britain and in Europe.

He then moved to Scotland, where he was the regular 4th Horn with Scottish Opera, as well as the Scottish Chamber Orchestra. He also worked with the BBC Scottish Symphony Orchestra at this time. 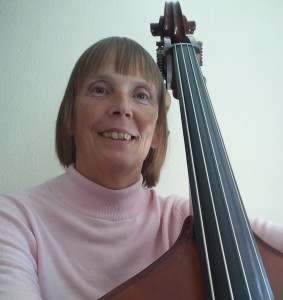 Having left the RCM married to Trevor Denyer (a Horn player), she worked with Scottish Ballet, D’Oyle-Carte Opera Company, the Allegro Ensemble (Wind Octet) and a number of freelance orchestras including the Southwark Concert Orchestra (including tours and broadcasts), as well as working for several recordings and film sessions.

She then moved to Scotland, where she was a regular Bass player with BBC Scottish Symphony Orchestra, as well as Scottish Opera and Scottish Ballet. 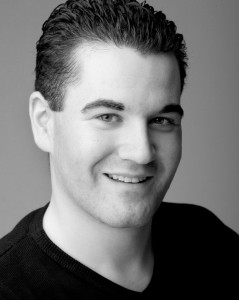 Russell has been performing since the age of three, training at Ashtead Performing Arts and studying Musical Theatre at the Charles Cryer Studio Theatre, Surrey.

Whilst at college roles played include Rick in A Slice of Saturday Night (Casson Room, Leatherhead), Hitler Youth in And Then They Came For Me (Charles Cryer Theatre), Jesus in Godspell (Thorndike Theatre, Leatherhead) and Bernardo in West Side Story (Chequer Mead Theatre, East Grinstead).

His theatrical appearances include Ugly, in the award-winning musicals Honk! and Elephant’s Child in Just So (Minack Theatre, Cornwall), the title role in the West End Premiere of cult American one-man musical Miss Gulch Returns (Too2Much), Wicked Witch of the West in The Wizard of Oz (Secombe Theatre, Sutton) and Mr Salt in David Wood’s The Gingerbread Man (Palace Theatre, Westcliff). He starred in I Love You, Your Perfect, Now Change at the Edinburgh Festival and the London revival of Pippin (Union Theatre, Southwark). Other productions include Shakespeare’s The Tempest (Polsden Lacey Open Air Theatre), Sondheim’s Follies(Wimbledon Theatre) and the Royal National Theatre’s An Inspector Calls (Garrick Theatre).

Concert and cabaret performances have taken Russell across the UK and have included Cabaret Confidential (Theatre Museum), A Night Away From TV with composer Simon May (Theatre Royal, Drury Lane & Old Town Hall, Birmingham), Eddie in the annual Rocky Horror Show – in Concert (Lauderdale House, Highgate) and singing before the Duke and Duchess of Gloucester at A Night of 1000 Stars (Royal Albert Hall). He has also featured on several Cast Recordings including Any Shade but Red and recently supported Sally Ann Triplett and Liz Robertson in Cabarets at Norden Farm Arts Centre, Maidenhead.

Television appearances include cult classic Rainbow, BBC’s Pebble Mill and Sharp Practice. Recently he appeared in Channel 5’s docu-drama Scream: The History of Anaesthetic. Russell was also featured in Christian Fry’s pop video Never Stop Loving You, and in David Gray’s The Other Side.

Russell founded the Hawkeye Theatre Company and directed their acclaimed productions of Dreams of Anne Frank and the British Cast Premiere of new multi-media Holocaust Drama And Then They Came for Me in association with Anne Frank’s step-sister, Eva Schloss. This was subsequently followed by a three month engagement in Lithuania, where he managed and directed a theatre-in-education project on human rights with teenagers, for The Anne Frank House in Amsterdam.

Most recently Russell played Max in Lend Me A Tenor – The Musical (Epsom Playhouse).

Unique arrangements from the golden age of Swing Music